skip to main | skip to sidebar

Don’t give up hope of resolving MIA cases

It all began on February 20, 1967 when a plane went down. Now more than 40 years later a piece of bone is discovered during an excavation in Vietnam. On January 8th 2010 Nellis Air Force pilot remains are found and identified.

Goodman was on a bombing mission in North Vietnam when his plane, an F-4 Phantom was hit with a surface to air missile. Goodman was presumed dead but no one knew for sure.

At our American Legion as well as most others we have a special table for POW/MIAs. It is represented by a place setting which is never used. From the Legion guide for the symbolism represented by the table:

The Tablecloth is white, symbolic of the purity of their intentions to respond to their Country’s call to arms.

The table is being set for One, symbolizing the frailty of one prisoner, alone against his or her oppressors.

The Yellow Ribbon on the Vase represents the yellow ribbons worn on the lapels of thousands who demand, with unyielding determination, a proper account of our comrades who are not among us.

The Single Rose in the vase signifies the blood they may have shed in sacrifice to ensure the freedom of our beloved United States of America. This rose reminds us of the family and friends of our missing comrades who keep faith, while awaiting their return.

A Slice of Lemon on the bread plate is to remind us of their bitter fate, those captured and missing in a foreign land.

The Salt being sprinkled on the plate is to remind us of the countless tears of those who have never come home and of the tears of their families and friends, whose grief knows no end.

The Bible serves to remind us of the comfort of faith offered to those who face seemingly insurmountable challenges, and it also reminds us of our country being founded on the principle of One Nation Under God.

The Glass is inverted; they cannot toast with us this day/night.

The Candle is reminiscent of the light of hope, which lives in our hearts to illuminate their way home, away from their captors, to the open arms of a grateful nation.

The American Flag reminds us that many may never return and have paid the supreme sacrifice to insure our freedom.

The Chair is empty, our Comrades are missing.
Posted by American Legion Riders at Monday, January 11, 2010 No comments:

Twas the night before Christmas...

and all around the Rice...

the members were sipping their shots nice

The bottles were tipped with such flare

in hopes that St. Nick would soon be there.

When out on the back porch I heard such a clatter....

I buzzed the door to see what was the matter.

What to my red wondering eyes should appear...

but another member without his card, carrying some gear!

He had a big belly and as he signed in he looked for a pen...

He said "Bartender can you buy them all a round"?

"For its not often that I get into this town"

As I gazed through my bleary eyes and wondered why we host.

He said "its Ok Commander, I'm a member of a northern Post"

On the table he was jolly but certainly no one's fool

With a round of good cheer and frowns completely hexed

you don't have to be sober to know what came next...

He yelled "Drink and be merry and to all a good night."
Posted by American Legion Riders at Tuesday, December 15, 2009 No comments:

ALR Clam night at the legion

Terri and her Bike in Florida 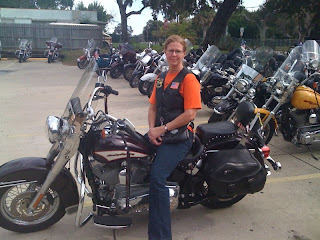 Having issue with site... terri asked me to put her picture on here...so here it is.
Posted by American Legion Riders at Wednesday, December 09, 2009 No comments: 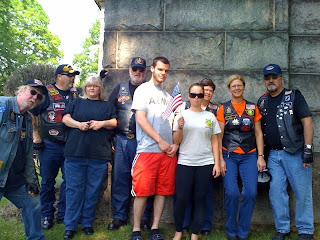 As this rainy summer goes along I thought I'd update you on what Post 588 American Legion Riders have been up to so far this summer.

The picture above is from the Legion Rider's Memorial Day Prade participation in Easton's parade. Pictured from Left to Right are That CD Guy, Halfacre, Puddles, Jazzman, Armorer, Beekers, Pokey, Kye, and King. The Colonel was taking the picture. Armorer and Beekers just returned from Iraq in December 2008 where they served as Army Reserve Soldiers for 9 months.

Our Legion Riders have sent several packages to Soldiers in IRAQ. This included the Son of Lost Rider's Webmaster Kutz who will be returning from his tour in IRAQ. Legion Riders have visited the VA Hospice center in Wilkes Barre in early June where donations of goods were made to residents.

We had our Poker run which went on despite the rain on 20 June. Hokendaqua was the end point and the event was very successful thanks in great part to the cooperation and hosting by Hokendaqua, Gilbert, Lehighton and Walnutport American Legions. Our thanks to all the support.

We have several events pending for the remainder of the summer. I'll post that list shortly.
Posted by American Legion Riders at Monday, July 06, 2009 No comments:

Labels: What we been up too
Older Posts Home
Subscribe to: Posts (Atom) 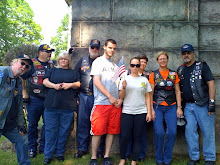 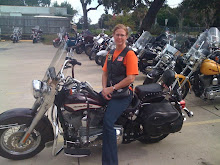 Kye and her Scooter 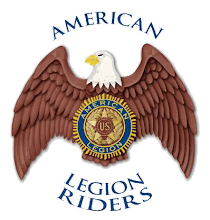 King and his Florida Throne 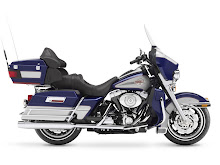 We are a Chapter of the American Legion Riders based out of Easton, Pennsylvania. We are located at Rice-Ebner Post 588 which is at 423 Davis Street, Easton, PA 18042.

Membership in our Legion Riders post is open to anyone meeting ALR membership criteria...

Membership Requirements
The membership requirements for the American Legion Riders are very straightforward. To become a member, you must...

A copy of your DD214 showing dates and character of service is required at application.

To join the SAL, you must be a male descendant (includes stepsons and adopted sons but does not include in-laws) of...
...a member of The American Legion
...or a Veteran who died in service during any of the qualifying periods of conflict listed above
...or of a Veteran who served during one of the qualifying periods of conflict, was honorably discharged, and died subsequent to their service
A copy of The American Legion membership card or DD214 of the Veteran through whom you are qualified is required at application.

Note that, as with the SAL, in-law relatives to the qualified Veteran are not eligible for membership.

A copy of The American Legion membership card or DD214 of the Veteran through whom you are qualified is required at application.

Information about current events can be recieved from the American Legion Riders Post 588 at 423 Davis Street, Easton, PA 18042